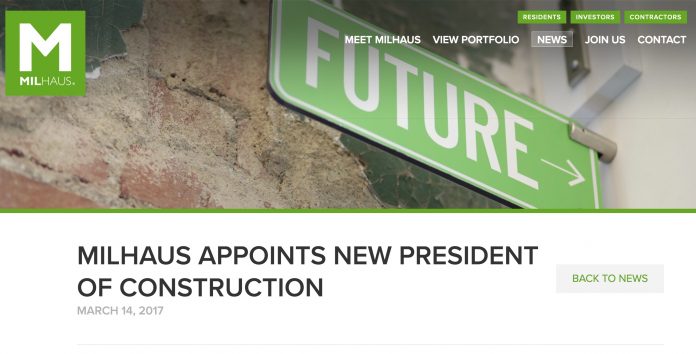 The company says in his new role, he will oversee the construction division and support his team throughout all stages of their projects, from pre-construction through substantial completion. “Benning will ensure consistency through developing standards across the Milhaus construction division. His scope will encompass projects across Indiana, Ohio, Missouri, Kentucky, Tennessee, Wisconsin, Oklahoma and Pennsylvania.”