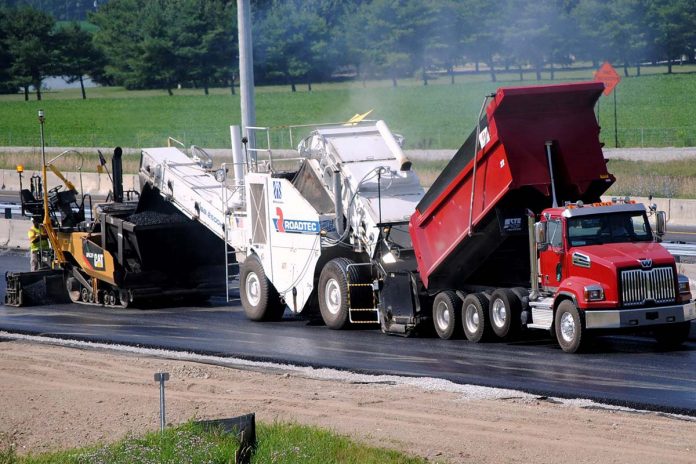 The Indiana government has announced plans to spend approximately $4.7 billion over the next five years on transportation infrastructure, as part of a new 20-year program to improve the state’s roads and bridges.

The Next Level Roads initiative, funded by the Indiana General Assembly, who advanced legislation this session, supports “a long-term, sustainable, data-driven infrastructure plan,” according to a news release.

“Our transportation network of roads and bridges plays a major part in Indiana’s success story both now and in the future,” Gov. Eric J. Holcomb said in the statement. “With a fully funded plan in place for the next 20 years, Hoosiers can rest assured that Indiana will remain the Crossroads of America for generations to come. I thank our lawmakers for their committed leadership to make this possible, and I commend INDOT (Indiana Department of Transportation) for working hard to identify key projects so that we could be ready to roll with this five-year plan so quickly.”

In May, Gov. Holcomb asked INDOT to provide a list of projects to begin and complete in the next five years to maintain Indiana’s position as the Crossroads of America.

The road construction plan for the first five years of Indiana’s Next Level Roads initiative outlines specific INDOT projects that will preserve existing roads and bridges, finish current projects and invest in Indiana’s overall transportation system. The plan calls for resurfacing nearly 10,000 lane miles of pavement and repairing or replacing approximately 1,300 bridges in the next five years.

Beyond this initial investment in state (INDOT) projects, the Next Level Roads initiative provides an additional $342 million annually to support Indiana cities, towns and counties for local road projects by 2024.

“This much-needed and massive investment means there will be many road construction zones, slower traffic, and orange cones and barrels in every part of our state,” said INDOT Commissioner Joe McGuinness. “I encourage Hoosiers and visitors to plan alternate routes and be mindful of work-zone safety precautions. The long-term benefits gained in safety, mobility and growth outweigh the short-term inconveniences, because the results will be reduced congestion, smooth highways, improved safety, and better roads and bridges across Indiana—for residents and visitors alike.”

With the bipartisan passage of HEA 1002, Indiana has a fully-funded plan to operate, maintain and improve every state road and bridge—a fact almost no other state can claim. INDOT is also working with local communities to create similar plans for local roads and bridges and will award funding for local projects through its Community Crossings initiative in the coming months.

To view the construction plan for the first five years of Indiana’s Next Level Roads initiative by project, by county or by statewide totals, visit www.in.gov/indot/.