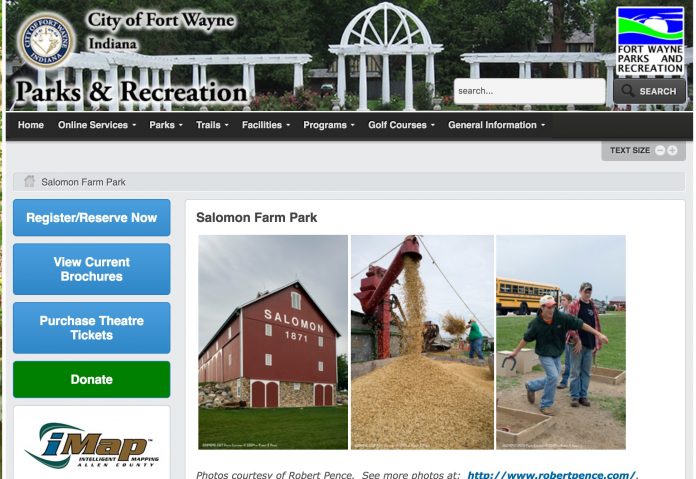 The Fort Wayne Park Board has approved a contract with low-bidder local contractor Schenkel Construction for $566,040 to expand the existing Environmental Learning Center by 5,000 sq. ft. at Salomon Farm Park off Dupont Rd. The project is one of several won by Schenkel at the Aug. 10 board of park commissioners meeting.

The expanded area will be designed to look just like the existing building, which contains about 3,500 sq. ft., said Steve McDaniel, the parks department’s deputy director of asset management.

Parks officials hope Schenkel can get the exterior shell of the expansion completed by the start of winter so interior work can be completed during winter months, McDaniel said, as reported in the Fort Wayne News-Sentinel. The goal is to have the new area ready for use by spring.

The parks department also plans an extensive remodeling of the former Salomon family homestead on the park grounds, returning it how it looked about 1930, said Steve Schuhmacher, superintendent of grounds and improvements. The park board approved an architectural services contract for $32,000 with Hoch Associates to design the remodeling work.

The parks department wants the house to both serve as a historic display and to be functional for private rental for meetings or other gatherings, Schuhmacher said.

The department also approved a contract with low-bidder Schenkel Construction for $331,000 to replace the existing sidewalk around the edge of the pond at Reservoir Park and the sidewalks in the park that link neighborhood public sidewalks to the sidewalks around the pond.

The parks department had planned to build a new pavilion in the park, but that idea has been put on hold in favor of installing new lighting and building a parking lot off Creighton Ave. with a service drive to the youth center in the park, McDaniel told board members. The parks department also plans to clear scrub trees and bushes from the park’s hill.

In other contracts, the board approved agreements with Schenkel Construction and Hamilton Hunter Builders for a combined total of $446,142 to install a new restroom building and open-air picnic shelter in Shoaff Park between an angled parking area and the playground and splash pad.