Robert J. Connor, an assistant professor with the Purdue University School of Civil Engineering and director of the school’s S-BRITE Center, has been selected as the winner of the 2018 AISC (American Institute of Steel Construction) T.R. Higgins Lectureship Award.

Presented annually, the award recognizes a lecturer and author whose technical paper or papers, published during the eligibility period, are considered an outstanding contribution to engineering literature on fabricated structural steel, AISC says in a news release.

“Rob was nominated for a number of papers, primarily on fatigue and bridge design,” said Larry Kruth, AISC’s vice-president of engineering and research. “His papers ‘State-of-the-Art Fracture Characterization I: Master Curve Analysis of Legacy Bridge Steels’ and ‘State-of-the-Art Fracture Characterization II: Correlations between Charpy V-Notch and the Master Curve Reference Temperature,’ both published in the ASCE Journal of Bridge Engineering, were particularly notable to the awards jury.”

Connor has worked in the areas of fatigue, fracture and other issues related to steel bridges for more than 20 years. He received the George S. Richardson Medal in 2016 and an AISC Special Achievement Award in 2012, and was the first recipient of the Robert J. Dexter Memorial Lecture Award in 2005.

The Higgins Award will be presented to Connor at the 2018 NASCC: The Steel Conference in Baltimore, taking place April 11-13 (visit www.aisc.org/nascc for more information; registration will open on Jan. 15).

For more information about the award, please visit www.aisc.org/higgins. 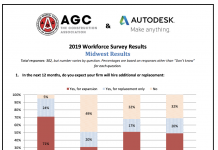