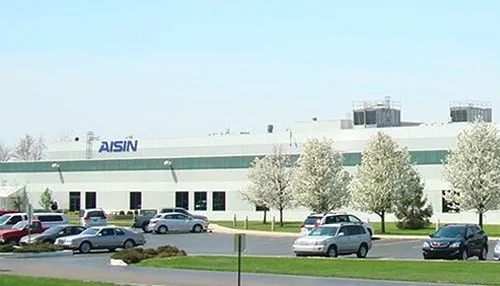 Aisin Drivetrain (ADI), a Japan-owned manufacturer of automotive and heavy equipment parts, has announced plans for a $16 million expansion in Jackson County.

The company, which is a subsidiary of Kariya, Japan-headquartered Aisin Seiki Co., will  expand its manufacturing operations at 1001 Industrial Way in Crothersville.

ADI, which manufactures automotive components and systems such as industrial transmissions, commercial transmissions and power steering columns, will renovate and purchase new equipment in order to accommodate design changes for steering columns and other automotive components being incorporated by its customers, the Indiana Economic Development Corp. (IEDC) said in a statement. The company will supply parts for vehicles such as the Toyota Avalon and Lexus ES, and plans to begin work on upgrades later this month.

“Aisin Drivetrain is proud to be a major contributor to the local Crothersville community, including Jackson County and Scott County, Indiana,” said Scott Shade, executive vice-president and company officer for ADI. “ADI maintains a diverse, equal opportunity working environment to facilitate professional growth. ADI strives to provide a stable working environment for its employees and their families. Crothersville is an ideal site to support Aisin’s company operations with its easy access to Interstate 65 and its close proximity to major cities.”