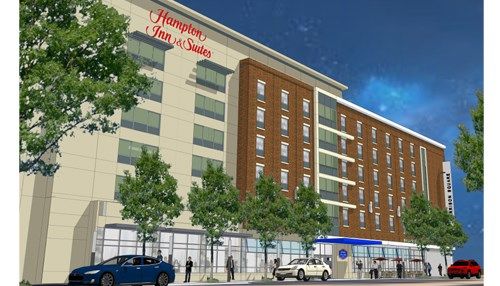 Ground will soon break on a new hotel for Fort Wayne’s downtown core.

The $18 million Hampton Hotel is expected to open its doors sometime next year, according to Inside Indiana Business.

Hampton Inn & Suites is expected to have 125 rooms and will be situated next to the Courtyard Fort Wayne Downtown and across from the Grand Wayne Center. Developer White Lodging Services Corporation out of Merrillville, indicates the facility will also house two restaurants.

As an incentive to the developer, Fort Wayne council gave its approval to a 10-year tax abatement saving the company more than $3 million. Construction is expected to create 23 full-time and six part-time jobs.