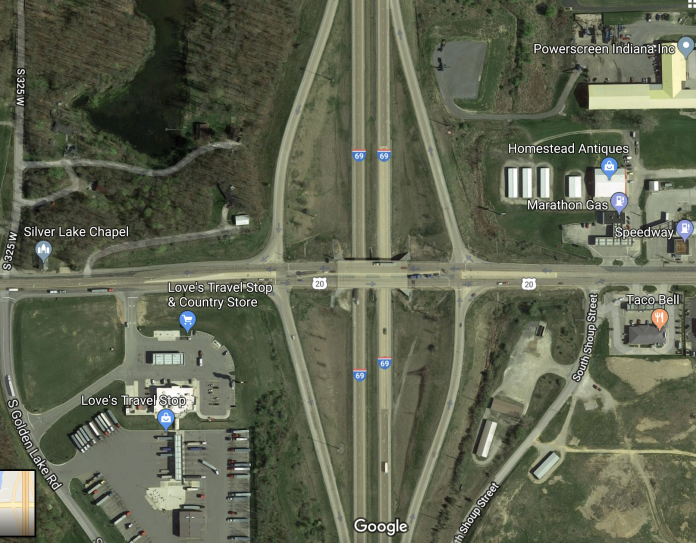 Local officials have broken ground for the $4 million Angola Innovation Park at Interstate 69 and US 20, which is expected to accelerate economic development in the Steuben County community.

The 50-acre project in is receiving funds from the the state’s Community Crossings Grant program along with $3 million of community and private sector investments.

Among the first projects at the site will be a new $12 million, 99-room Wingate by Wyndham hotel.

Ken Wilson, president and owner of JICI Inc., a Steuben County construction firm, described in an interview with the Fort Wayne Journal Gazette visions of commerce: more sit-down restaurants and even a hotel.

He is also a partner in Angola First Development, which owns most of the land that will become the Innovation Park and also about another 50 acres in that area.

“I would expect some buildings to start to be constructed next spring,” Wilson told the publication, indicating developers hope to have some tenants committed by year’s end.

Angola First is investing $1 million into the project, with matching investments from  Speedway LLC and the city of Angola, said Vivian Likes, director of Angola’s Economic Development and Planning Department.

Speedway has a gas station at the intersection. As well, as much as  $1 million from the state Community Crossings grant will help cover the cost of two roads at the site.

Wilson and others envision research and development firms and light manufacturing along with additional service-oriented businesses.

Likes said Angola hopes to have a Certified Technology Park, which requires submitting an application to the state. The Innovation Park would also have an educational component. Some discussions have already been held with Trine University.

“We talk to Trine all the time, and Trine is one of the biggest assets we have in Steuben County, northeast Indiana,” Likes said.