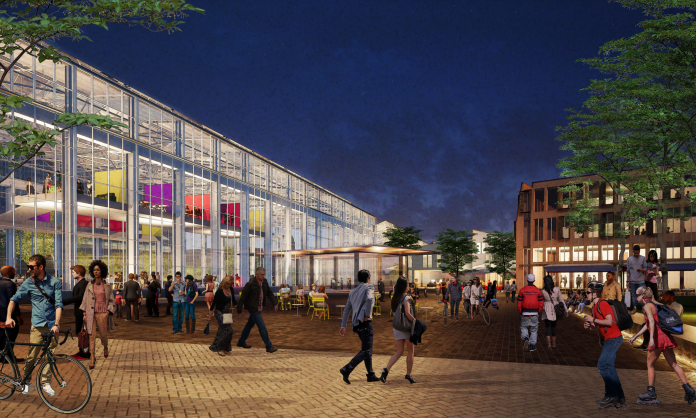 A 103-acre site for a former GM stamping plant will eventually be home to a $1.38 billion mixed-use development including retail, restaurants and apartments.

Ambrose Property Group representatives the future Waterside development will start with basic infrastructure work such as new streets and sidewalks.

The developers invited the community to visit the site on Indianapolis’ south side on July 24.

The developer says phase one of the project includes basic infrastructure work like new streets and sidewalks.

One of the project’s first – and most important – infrastructure changes will be the reconfiguration of White River Parkway, just south of West Washington Street, so that the parkway goes into Waterside before heading south to Oliver Avenue. By moving the road away from the White River, the waterfront property can be expanded and opened up to include a promenade and recreational area, they say.