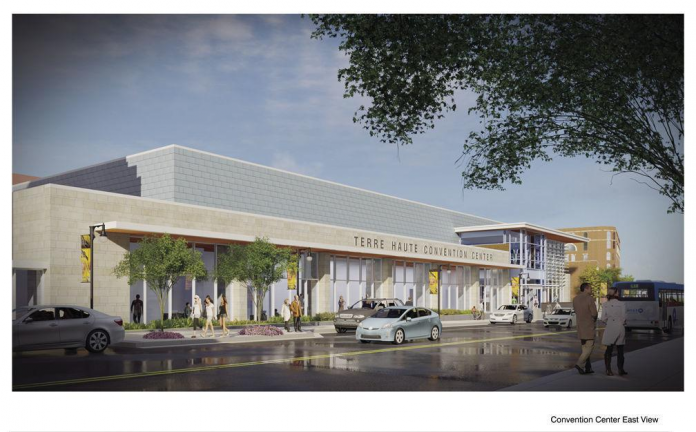 Bids opened on June 13 for construction of a new downtown Terre Haute Convention Center appear to be below an earlier overall project cost estimate, The Tribune-Star has reported.

The low bids tallied more than $29.5 million, while high bids were more than $32 million, according to a Tribune-Star review of the bids. However, the overall project cost was originally estimated at $32.5 million, with bond and acquisition costs.

“While this is probably the end of your effort, this is the beginning of our effort,” Steve Bauer, vice-president of construction services for project manager the Nations Group told company representatives at the bid opening held at the Vigo County Annex.

“We will get together over the course of the next two to three weeks and vet those bids to ensure they are compliant … then present an award recommendation and a guaranteed maximum price contract to the (Vigo County Capital Improvement Board) at their June 26 board meeting,” Bauer was quoted as saying.

Garmong Construction Services chief operating officer Brian Kooistra said the majority of the bidding contractors are based in Indiana.

“From those, a lot of them are from the Wabash Valley,” Kooistra said. “I think we got a lot of local participation I think we got about as many bidders as we thought we would. We blasted this project out to thousands of contractors, but the construction market is booming right now. It is a challenge” to get bids, said the project’s construction manager.

There were sole bids in two of the three highest cost categories, site work and general trades, while other trades had multiple bids.

Dennis Trucking of Terre Haute was the sole bidder for site work. The company bid more than $3.52 million, which includes work on parking garages and includes performance bonds, the newspaper reported.

Garmong Construction Services, “construction manager as constructor,” under state law is allowed to perform up to 20 percent of the project’s  work. The company bid more than $5.89 million for general trades work, which includes parking garages work and performance bonds.

The most expensive bidding category was for precast concrete at the convention center and parking garages.  Illini Precast of Westchester, IL bid more than $8.35 million, while Coreslab Structures of Indianapolis delivered a slightly lower bid at $8.29 million.

Bacon & Van Buskirk Co. of Champaign, IL, was the only bidder for glass and glazing, at more than $1.89 million, covering the convention center, parking garages and performance bond. Kone Elevators and Escalators based in Indianapolis bid $618,075 for elevator work.