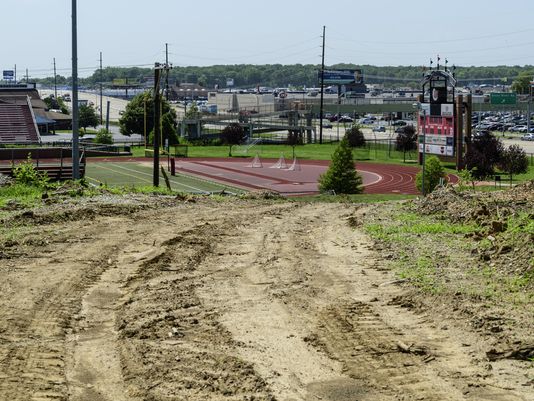 A small group of residents near Harrison High School in Evansville fought plans for a grocery store and gas station across Fielding Road from the school, next to their homes back in 2015.

Despite their wishes that the establishment not be built, Evansville city council voted 6-3 to rezone the land for commercial use, allowing Crossroads IGA to be constructed as planned.

The Courier & Press said it was decided to move the store’s Fielding Road access point farther from Lloyd Expressway — which is said to have 60,000 vehicles per day — and closer to a cluster of six homes which means people who live on Fielding Manor Road will have to take a slightly different route to and from their houses, once the store is built.

Project changes will reduce the slope of the path Fielding Manor Drive residents take to their homes from 14.8 to 9.5 percent. However,Â neighbors are still upset over a lack of communication from city and state officials and especially with the developer about changes to the project.